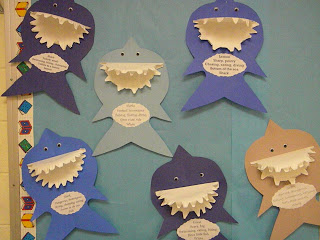 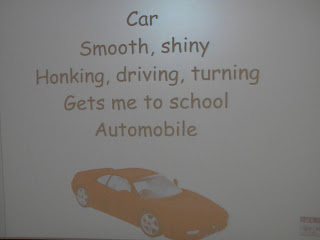 I decided we would do word cinquain poems rather than cinquains based on syllables.  I wrote this one and put it on the Smartboard for the students to examine.  We eventually got to the place where we saw that there was one word in the first line, 2 words on the second line, 3 words in the third, and 4 in the fourth.  We also noticed the line 3 words ended in ing.  I also wanted them to see that the first and last line were one word titles.  They thought this was all just a pretty neat set up!

After we read a few poems and got used to the way they were written, we tried our hand at writing a few in small groups. 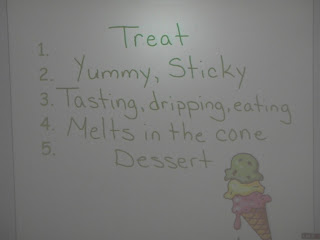 To make it a little more manageable, the students were each given their own rough draft form to help them remember the pattern when they drafted their poems. 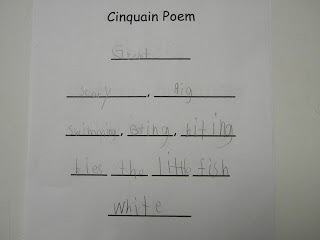 I am very proud of these little guys and the thoughts they came up with for their poems!  These are the students’ words, I just typed them for them for time’s sake. 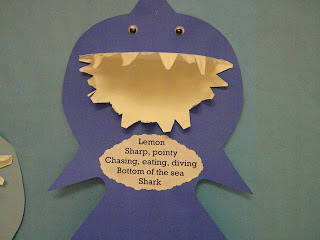 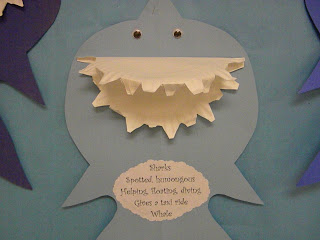 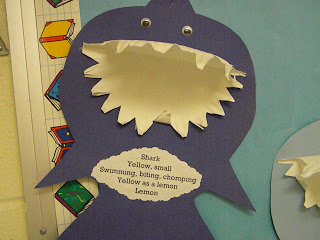 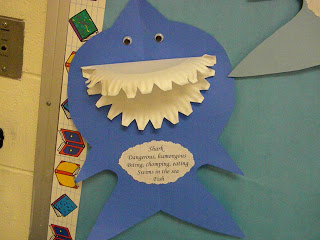 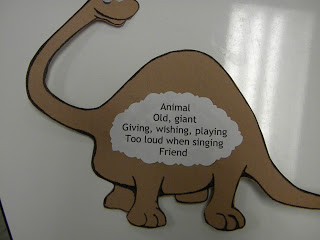 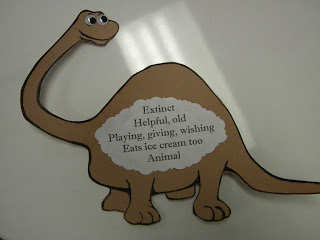 I found the super cute shark pattern on Pinterest!  Happy Home Fairy posted the pattern and then we used it to display our poems.    It is quite a process of introducing and seeing what we notice, writing together, then writing on our own with some guidance.  But that is a method that I find truly works!  What types of poems did your class write for April?
« Teacher Appreciation All Week!!
Circle Maps for Thinking » 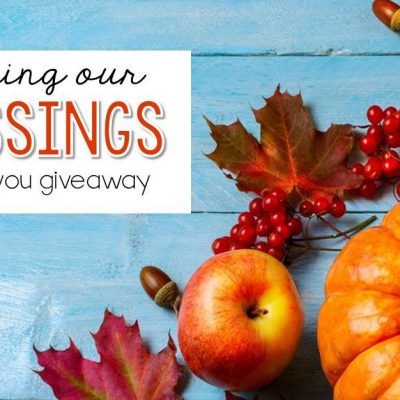 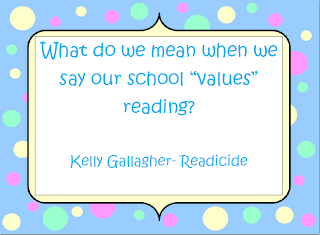 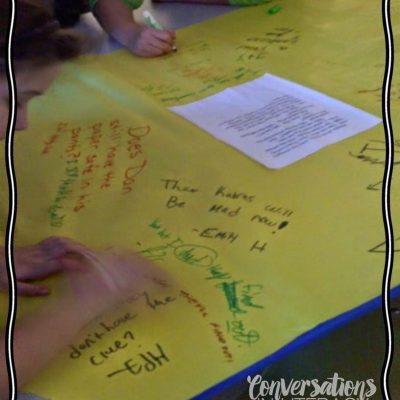